The last time I posted. I had the intention, once again, to do something more often. This time it was to embroider one hoop per month for 2020. Well 2020 turned out to be a mega shit show, and I lost patience with it very quickly. I’d like to write more, I mean I jot things down all the time, but somehow they never make it here. Maybe I’ll change that again. Originally my goal was to write something every day… maybe I’ll get to that this year. We’ll see….

So I decided to embroider 1 hoop a month for 2020. This is January and February 💜

Made this for a friend and she loves it so much she refuses to use it.

So I had a breast ultrasound on the 11th following a mammogram. Technically, this was my second. Had the mammogram, doctor recommended an ultrasound. Had that, and they said they saw cysts but that they don’t look cancerous. So “come back in 6 months and we’ll check again to see if there’s any difference in size.” We’ll I didn’t want to wait 6 months so I made my appointment for three months. That was January and I couldn’t afford it then. I had to wait until I got my tax return.

I’ve tried not to think about the whole thing because there was nothing I could do until the appointment. Now that I’ve done that, there’s nothing I can do until the results are in. However, I’ve been stressing myself sick on the “what-if” of it all for some time now. I was able to put it on the back burner until my appointment the other day. Now I’m back to being so anxious about it that I haven’t been sleeping. Even with a sleeping pill.

I’ve heard from many people that an ultrasound after mammogram happens to quite a few women, and it’s easier to see what’s going on with it. Sure. Fine. Ok. But my mother was murdered by breast cancer so I’m definitely on edge. More than on edge…I’m teetering while leaning over the edge with the rocky bits crumbling beneath my feet, and a very strong wind at my back.

I can’t stop crying. My head hurts so much. I miss my mother.

Now mirrors my state of mind

I started posting some photos months ago, but couldn’t keep up. So here’s the final product. The last stitch done on NYE last night. 365 stitches, 1 day at a time 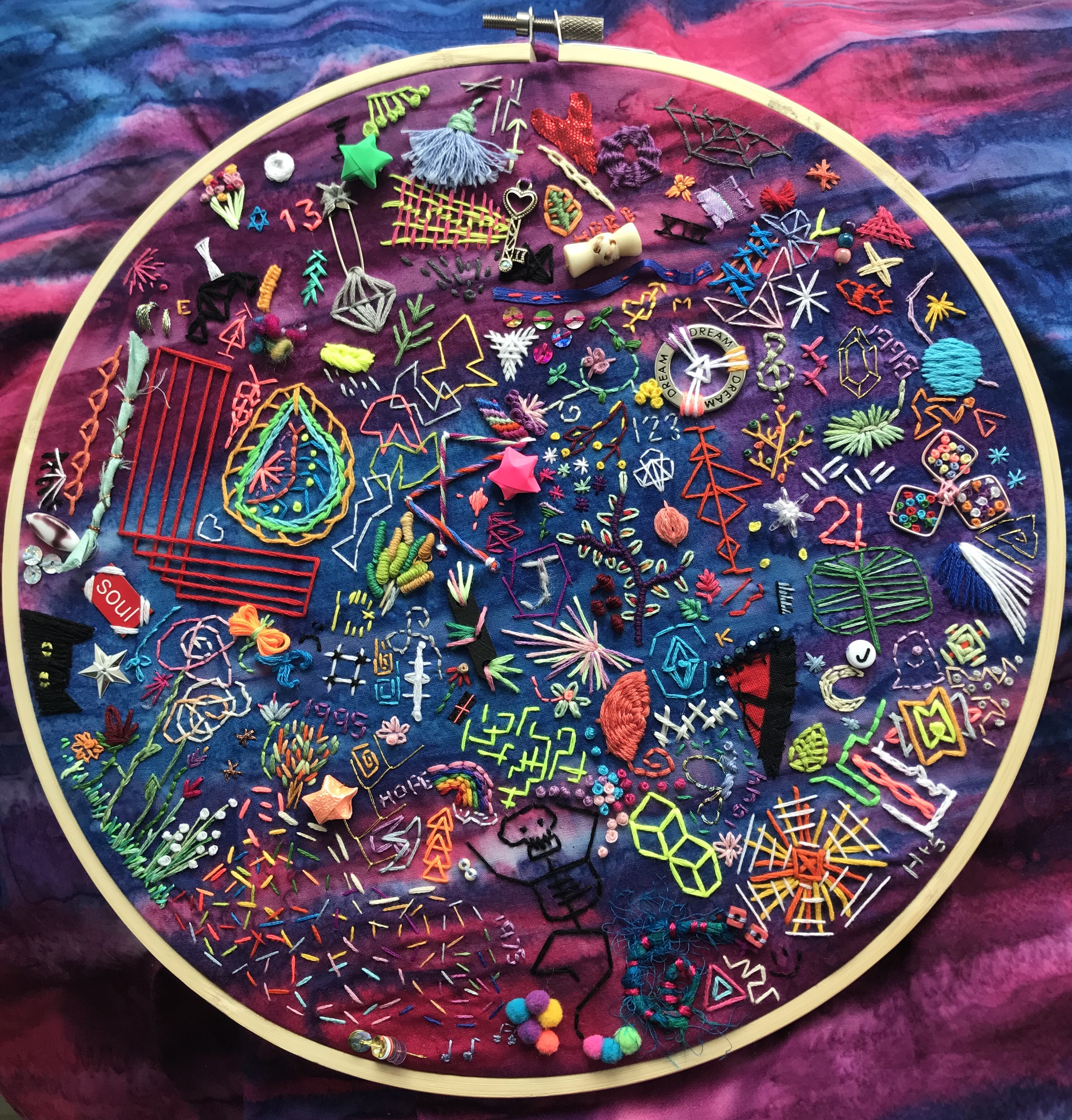 I’m unable to be free

She cleaves to my soul

The stars gazing down

Wish for me to be stronger

But I’d rather cry 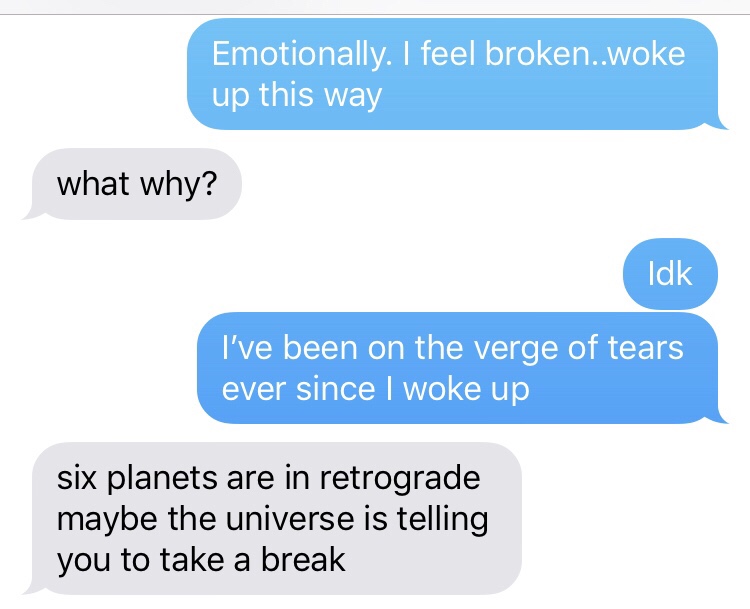 I love that the first thing my daughter thinks of when I tell her something like this, is to check my horoscope. 💜

I love this kid so much